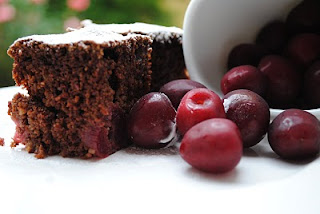 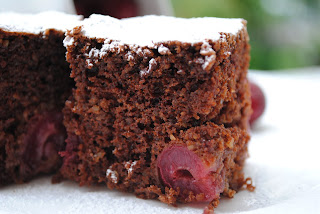 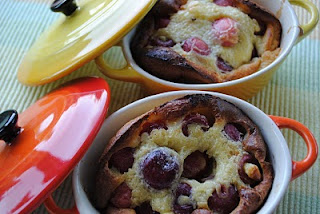 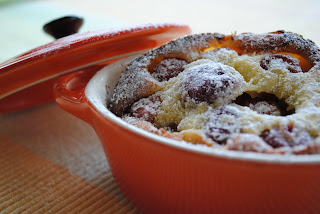 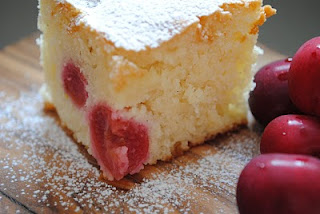 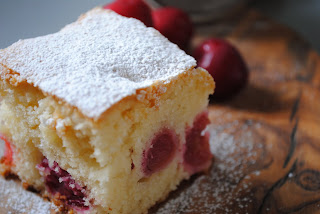 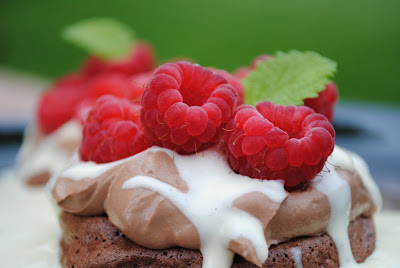 The June 2010 Daring Bakers challenge was hosted by Dawn of Doable and Delicious. Dawn challenged the Daring bakers to make Chocolate Pavlovas and Chocolate Mascarpone mousse. The challenge recipe is based on a recipe from the book Chocolate Epiphany by Francois Payard.
Pavlova is meringue-based  dessert named after the Russian ballet and dancer Anna Pavlova.The dessert is belived to have been created to honor the dancer during or after one of her tours to Australia and New Zealand in the 1920.Where it was created and nationality of its creator has been a source of argument between the two nations for many years.The white and floofy appearance of Pavlova was meant to imitate Pavlova s costume for her most famous dance, the Daying Swan.The dessert is a popular dish and an important part of the national cousine of both countries, and it is frequently served. And some trivia about Pavlova; Te Papa , New Zealand s national museum in Wellington, celebrated it s first birthday in February 1999 with the creation of the worlds largest Pavlova named "Pavzilla". This record was broken by students at the Eastern Insitute of Tehnology in Hawkes Bay, New Zealand in March 2005. Their creation "Pavkong"streched 64 meters in comparison to Te Papas 45 metars.
I really liked this challenge. I desided to do small Pavlovas and decorate them with some raspberrys and mint leafs. I assembled Pavlovas and took them with me to my friends house because we had a coffee date there.She loved them.
And now the recipie

3 large egg whites
110 g white granulated sugar
30 g confectioner s (icing) sugar
30 g cocoa powder
Preheat the oven to 95 C.line two baking sheets with parchment and set aside. Put the egg whites in a bowl and whip until soft peaks form.Increase speed to high and gradually add granulated sugar about 1 tbsp at a time until stiff peaks form.sift the confectioners sugar and cocoa powder over the egg whites and fold the dry ingredients into the white.Fill a pastry bag with the meringue.Pipe the meringue into whatever shapes you desire.Bake for 2-3 hours until the meringues become dry and crisp.Cool.

Chocolate mascarpone Mousse(for the top of the Pavlova base)
355 ml heavy cream
grated zest of 1 average lemon
225 g 72 % chocolate,chopped
390 g mascarpone
pinch of nutmeg
2 tbsp Grand Mariner or orange juice
Put 120 ml of the heavy cream and the lemon zest in a saucepan over medium high heat.Once warm, add the chocolate and whisk until melted and smooth.transfer the mixture to a bowl and let sit at a room temperature until cool.place the mascarpone,the remaining cup of cream and nutmeg in a bowl.Whip on low  for a minute until the mascarpone is loose.Add the Grand Mariner and whip on a medium speed until it holds soft peaks.Mix about 1/4 of the macarpone mixture into the chocolate to lighten.Fold in the remaining mascarpone until well incorporated.Fill a pastry bag with the mousse.again,you could just free form mousse on top of the Pavlova.

Creme Anglaise(a component of the Mascarpone Cream above)
235 ml whole milk
235 ml heavy cream
1 vanilla bean split
6 egg yolks
75 g sugar
In a bowl, whisk together the egg yolks and sugar until the mixture turns pale yellow.Combine the milk,cream and vanilla in a saucepan over midium heat,bringing the mixture to a boil.Take of the heat.Pour about 1/2 cup of the hot liquid into the yolk mixture,whisking constantly to keep from making scrambled eggs.Pour the yolk mixture into the pan with remaining cram mixture and put the heat back on a minimum.Stir constantly with a wooden spoon until the mixture thickens enough to lightly coat the back of a wooden spoon.Remove the mixture from the heat and strain  in through a fine mesh sieve into a bowl.Cover and refrigerate until the mixture is chilled.

Assembly;
Pipe the mousse onto the Pavlovas and drizzle with the mascarpone cream over the top.Dust with confectioner s sugar and fresh fruit if desired. 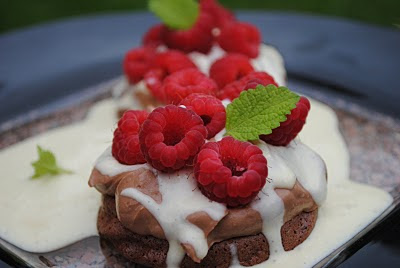